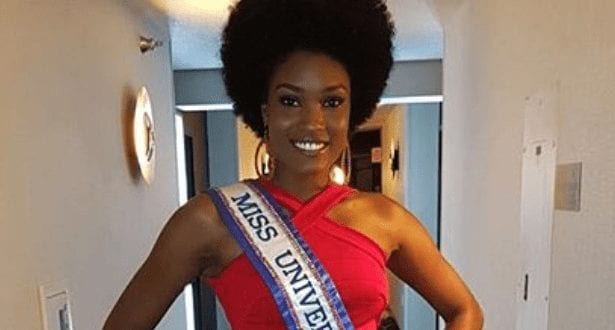 👁️ 261 VIEWS
sharetweetWhatsapp
PinterestDiggLinkedinRedditStumbleuponTumblr
Share
Davina Bennett, Jamaica’s contestant in the 2017 Miss Universe finals, is one of the ‘hot pick’ names to claim the crown.

According to the website missology.com, they have named their Top 5 picks and have placed Jamaica’s queen, Davina Bennett, in the number 3 position, behind Miss South Africa and Miss Thailand.

“What most fans would like to see is a winner from a country without a crown. Curiously, while Jamaica had numerous titles at Miss World, it is still crownless at Miss Universe. the website wrote about Davina

“The towering beauty Davina Bennett could put Jamaica into the game. The country has shown great competitive spirit when they sent Yendi Philips in 2010 and Kaci Fennel in 2014 and definitely they will put a good fight with Davina this year.” the website adds

The coronation night for the international beauty contest is Sunday, November 26 at The AXIS at Planet Hollywood Resort & Casino in Las Vegas. The show will be hosted by Steve Harvey.