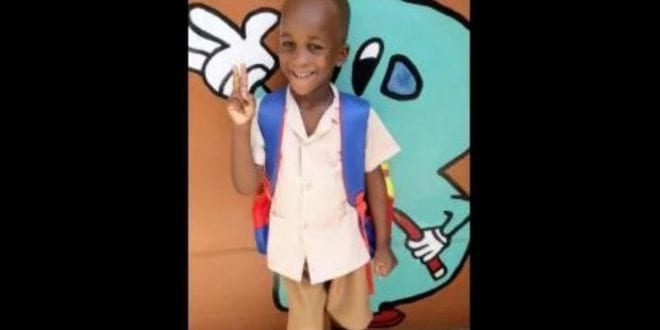 Sharon Miller felt confused when she was going to and from the Spanish Town hospital with her 5-year-old son after he fell ill at school.

The doctors failed to figure out that he had Dengue Hemorrhagic fever after a series of tests and overnight observation and that led to his death.

On Tuesday, November 19, Mickel fell ill at school and his mother was called to pick him up. She gave him a cold-water bath and Panadol for the slight fever he had.

She then took him to the Spanish Town hospital where they spent approximately four hours. To be safe, she took him to a private doctor who said he looked dehydrated and lethargic and sent them back to the same hospital for observation.

On Wednesday the mother took her son back to the hospital a second time and the doctors said nothing was wrong and she should keep on giving him Panadol. A Chest x-ray showed nothing abnormal.
The fever persisted and on Thursday, Miller was back at the hospital, where she was told he was dehydrated, and he was given saline.

No one mentioned Dengue even after he was given a half bag of saline. After 2 blood tests were done, they prescribed antibiotics, but he was not admitted. He left with a fever that was 101 on Friday.
On Saturday morning he started vomiting and he also had diarrhea and he stopped eating and didn’t sleep, his Mom stayed up with him all night.

On Sunday, the Mother decided to take the sick child to Bustamante Hospital for Children where she was told that his platelet count was low and decided to test him for dengue. They told her the test could be done in a shorter time if she did it at a private Doctor and she got it done; and found out that he had dengue.

On the next day, Mickel was much worse, he wasn’t responding to pain or his mother’s voice, he was in a coma and in the evening he was taken to the intensive care Unit (ICU) and got hooked up to a breathing machine. He looked lifeless and the mother heard that he had internal bleeding.
Mickel lost the battle and now his parents are planning his funeral.