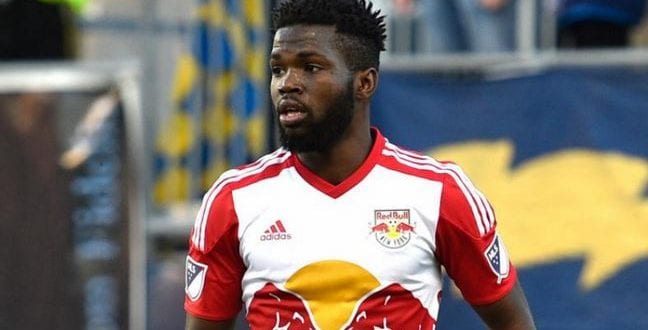 sharetweetWhatsapp
PinterestRedditStumbleuponTumblr
[Sharingbuttons]Kemar Lawrence obviously has success in his blood as he is the son of the late goal keeper, Orville ‘Tutus’ Edwards who was keeper for Santos FC in Jamaica; and for the Reggae Boyz in 1970.

The 26-year-old Lawrence is a seasoned Jamaican International player, he was named in the USA ‘s Major League Soccer MLS, best Xl for 2016.

Lawrence, with 45 international caps, has yet to concede in the competition. The Reggae Boyz won their matches when they played against the Cayman Islands and Bonaire.

Lawrence also became brand ambassador for Pepsi, just like the star footballer Lionel Messi in 2014. He moved to the US in 2015 and joined other great Jamaican footballers to be recognized as an Elite MLS player.

He was also a Harbor View star player in the Red Stripe Premier League and he has been playing for Atlanta United since last year.