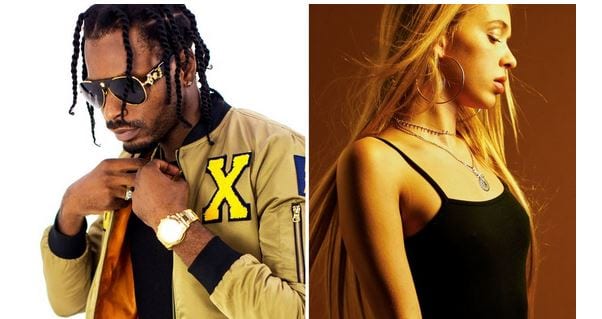 Govana grasps a taste of the international scene.

Rising singers from Spain and Jamaica collide on dancehall beat. In contemporary pop, artists seem exceptionally open to dancehall collaborations. Brazilian baile funkacts like MC GW are borrowing from the reggaeton being made in Colombia & Puerto Rico.

Jamaican Dancehall singers like Konshens are working with Afrobeats producers like DJ Tunez, a Brooklyn based beat-maker of Nigerian descent.
[Sharingbuttons] The latest example of this trend is “Open the door”, a propulsive marvel featuring Bad Gyal, a Spanish-Catalan singer known for her dancehall influences, and Govana, a rising Jamaican singer who has released a stream of singles that picked up attraction on YouTube this year.

“Open the door” is the work of Barcelona based DJ Papis Take One Production unit. They stitched together a glinting vamp on steel drums, a crunching beat and a piano heavy bridge that hints at a left turn into salsa.

Govana croons prettily, adapting his cadence to stick tightly to the driving instrumental, while Bad Gyal sings in her usual autotune smeared style.

“Open the Door” is the fourth release from Pop Style Music & Universal Music’s Aftercluv, a partnership that has already succeeded with Charly Black’s “Gyal You a Party Animal,” a multi-country hit that was eventually remixed by Daddy Yankee, and Karol G and Shaggy’s “Tu Pum Pum.” The goal, according to Pop Style’s Julian Jones Griffith, is “To elevate Dancehall into the mainstream with a heavy accent on the Latin market”