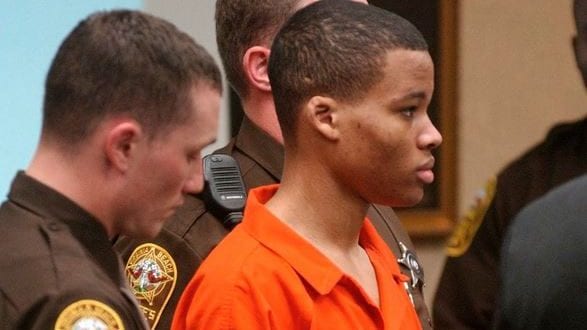 Jamaican born Lee Boyd Malvo was sentenced to life without parole after he was found guilty in the DC (District of Columbia) sniper case, in which 10 persons were killed in the United States Supreme Court.

Sources revealed that an oral argument in the case has been set for Wednesday, 16th October 2019.

In 2002 when Malvo was 17-years-old Malvo, he and his mentor John Allen Mohammad drove a car across the District and shot at people randomly on the street, for 47 days, causing everyone who was in the area to be very fearful and traumatised, before they were caught.

It was revealed that Malvo allegedly met Muhammad in Antigua where his mother had left him and Muhammad took him to the USA.

Muhammad was the mastermind who planned the rampage, he had served in the Louisiana National Guard and joined the US army before he served in Iraq in 1991. In 2009 he was executed in Virginia for the series of murders between September 5 and October 22, 2002.

Malvo is now 34 and there is a similar case in which the court overturned the sentence of life without parole, it was imposed on 14-year-old Evan Miller in 2012. The US 4th Circuit Court of Appeal had ordered that Malvo should be given a new sentencing hearing in Virginia for the murders he had committed as the other similar case was looked at.

Another reason for the court’s ruling is the 8th Amendment of the US constitution, it prohibits mandatory sentencing of juveniles for life without parole, except in strange cases.

Currently, Malvo is listed as the respondent and Randall Matthena who is a warden, as a petitioner in the case. The ruling for the new sentencing hearing is being challenged, it is not yet revealed who is challenging. It was reported by prosecutors in Virginia that the requirements pf the Supreme Court were met.

There are persons who doubt that Malvo’s case will have a favourable outcome like Miller’s case as there will be persons voting and their opinions might cause him to remain in the prison system.

The courts or the constitution’s precedent prohibits mandatory life without parole for juvenile homicide convicted offenders.