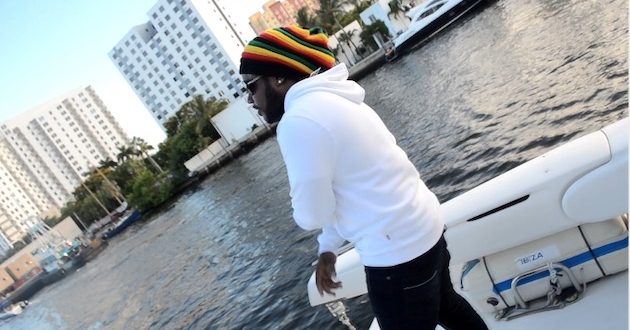 Jah Max Tells You About The “Ghetto Dream”

Jah Max is ready for the music and wants to tell the world about his goals and experience in his new song “Ghetto Dream” produced by Dan Gio from the Soul Rock Collective record label.

The conscious artiste, who is properly known as Paul Wedderburn, hails from the community of Arnett Gardens in Kingston where he got involved in music.

In starting the song, Jah Max speaks to the day to day hustle that must be undertaken to make it out letting listeners know the things a king deserves such as houses and cars while taking care of their families.

The chorus of the song goes on with Jah Max singing “We destined for greatness”, encouraging youths to continue working towards a paycheck.

The song can be seen as a Ghetto revelation with Jah Max not only giving youths motivation to hard-working people but highlighting the ills of society that he has observed.

Max is letting his listeners know that ghetto people have been chastised and treated badly by World leaders who turn their backs on the people.

The song is currently out on youtube and can also be streamed on the Apple Music Platform.

Jah Max has been involved in music from a tender age where he started to sing covered version of Beenie Man, Bounty Killer, Buju Banton & a lot more established artistes song, and that was where his talent was discovered by family & friends that told him he has a very good voice & that he could sing very well so he should take the music more serious. Andre then moved from the harsh community of Arnett Garden to Portmore at aged 4 which is better known as the Sun shine city where he attended Belmont Park Primary, then Ascot High where he earned himself a few awards & certificates but was expelled while in 5th form.He later on move on to Bridgeport high to complete his subjects.

It was then that Jah Max turn to the music & started taking it serious at age 16 where he recorded his first song Professionally in 2005 titled “Haven’t I Told U Girl” but unfortunately that song didn’t got enough promoting overall to reach higher heights, but that didn’t stop the young & upcoming star from continuing his journey to stardom. In 2006 he met Dario Twin City Dixon the producer of Cr3 Records & thats where he recorded his first underground hit title “Ruff times”which earned him recognition as an artist & a force to be reckoned with, he started working with Cr3 Records permanent after Dario(Producer) recognized his talent & know that he was bound for greatness throughout the music industry, while working with Cr3 records Jah Max recorded song such as I love you, Loving You, Always There,Royal Ladies & alot more songs but it was when he Recorded the song title Make some money Featuring upcoming Rapper Saydis & a next single called Prayer thats where he got the biggest highlight of his career earning him a lot of exposure as an upcoming artist. He was then discovered by Pound Sterling in 2010, £ound $terling is also a Reggae artist/Producer/Songwriter & he also own his own Label titled UKJA Entertainment which Jah Max is also apart of.

He then introduced Maximum to young & upcoming producer Andre Hall from the Solid Empire camp which is also based in the United Kingdom & thats when Maximum recorded the song titled “Roll Out” for Solid Empire Production, that song has been getting a lot of rotation on the air wave in the United Kingdom. In 2013 that was when Jah Max gain international recognition with a song goes by the name of “So cold” featuring Dan giovanni & chaos, follow up by songs like Smooth sailing, Loyal & Faithful, Somebody like you & few more underground hits, he also shot videos for the songs titled “So cold” & “Loyal & Faithful. Jah Max has a steadily growing fan base in Holland & Uganda, where his songs “One spliff a day” and “Smooth sailing” is gaining popularity, and heavy rotation on the radio stations in that region. He’s now presently working on a documentry, set to be released later down in 2017.

Jah Max started to perform on stage shows around the country, showing off is performance skills on stage gaining a name for him self in the music industry. Jah Max then performed on his first international event in 2014, which is the baltimore’s jerk festival, where he pulled off a great performance, & gain himself alot more fans internationally. He then started performing on other international events across America, with the likes of Beres Hammond,Baby Cham,Capleton,Sanchez etc. He’s now set to release his Ep titled “The revolutionist is here”, follow up by his upcoming album titled “Natural mystic” Positive Iration produced by isaiah music inc. You fail to reach your goals for several reasons. One of those reasons is a lack of focus. Without focus, you tend to put off the most appropriate actions necessary to move forward, while engaging in activities that are least likely to get you results so keep your eyes on the prize. Jah Guide!