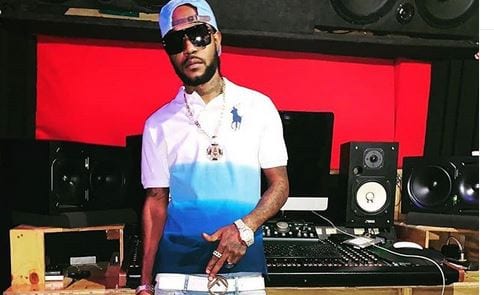 Jahvillani Confirms Not Being Apart Of The 6ix

In a recent Entertainment Report interview Wile Side Deejay Jahvillani was asked about being apart of the 6ix, Jahvillani replied stating “a always Wile side Government”, he was then asked, if he was never apart of the six to which he stated “No bredda” he explains that ” a di public seh 6ix, wile side and di six dem”.

On the other hand a couple of weeks ago while in the UK Jahvillani stated that himself and he 6ix team is good, they are one. Now the artiste is making it clear as water that he is doing his own thing, however, no bad comments towards the 6ix.

Squash had this to say a couple weeks ago online “See who me pay mind to yah my little ones so all a who a look attention from ova yah so unu nah go get none so wen some a unu opportunist a call call up me name me nah look pah unu 🤡 afta unu a nuh me kids or me gal dem’.

The St Ann artiste Jahvillani got his big break in 2018 with his underground hardcore dancehall hit Wileside Government.

Jahvillani states that he wants to work with more international artistes and wishes to reach billboard charts soon.

A culture that’s in love with Clarks footwear, Jahvillani looks to refresh us with a new Clarks song. The music video was shot in Down Town, Kingston.

Jahvillani is expected to perform in a few weeks time at the much anticipated Reggae sumfest show on Dancehall night in Mobay.

In a recent interview on popular Jamaican Tv Show Onstage TV, the wile side artiste spoke about graduating from Ocho Rios High School in St Ann, Jamaica in 2011 and started pursuing music as a career choice right after.

Previous Footballer Shot Dead In Clarendon
Next Dancehall Artiste Shot At, At His Video Shoot