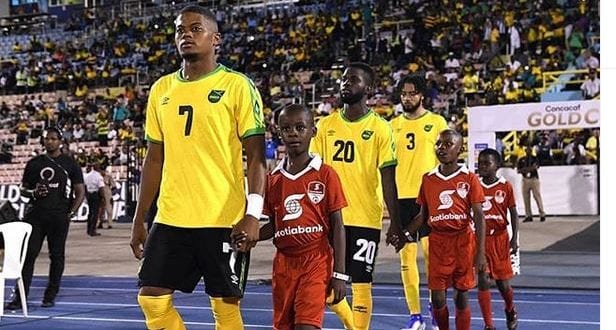 The Jamaica Reggae Boyz narrowly missed out on a perfect run in the 2019-2020 CONCACAF Nation’s League’s group stage after winning all their preview 5 matches, doing so without conceding.

Guyana scored first in the 45th minute then the Reggae Boyz equalized shortly after in the 50th munites. The match was balanced with Jamaica getting a clear chance on goal in added time but was unable to find the back of the net.

After this draw, Jamaica still tops Group C with 16 points and is on a path to Group A. Guyana came second place in the group with 10 points, the last the two played Jamaica won 4-0.

The CONCACAF Nation’s League has 41 different countries/teams from the Concacaf region in the same competition for the first time. 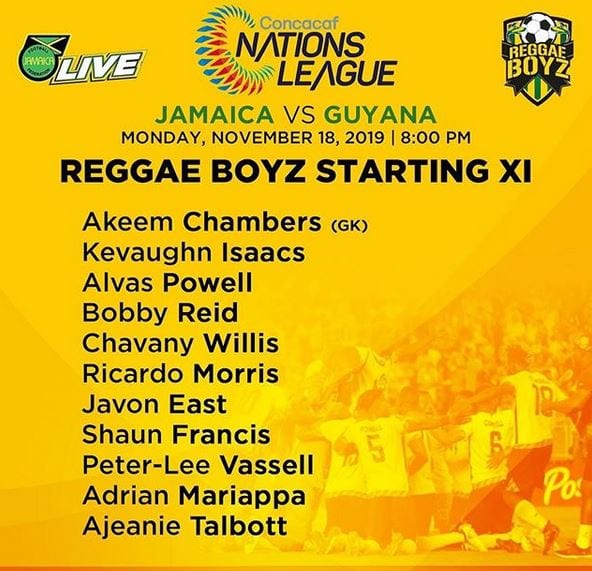 The Reggae Boyz are currently ranked at 47th in the world. 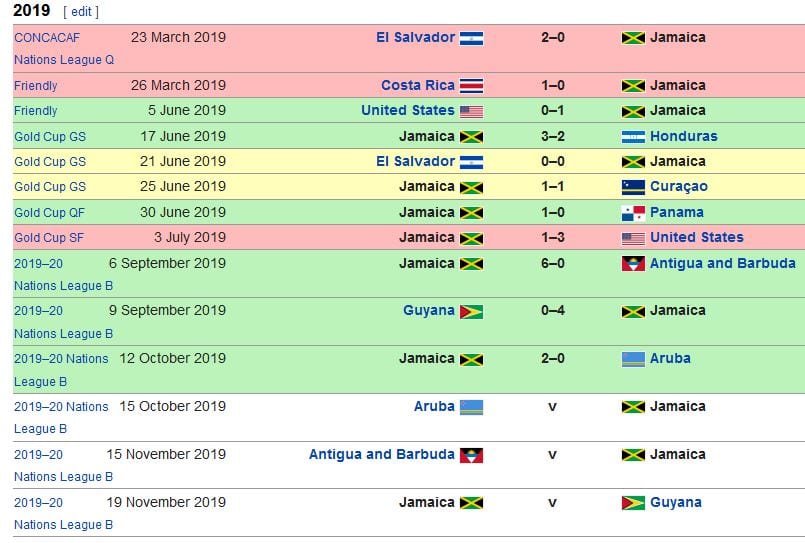 Previous Trelawny Hotel Worker Fatal Crash One Day After Buying a Car
Next Did Elephant Man Find A New Hit in “Find It”?