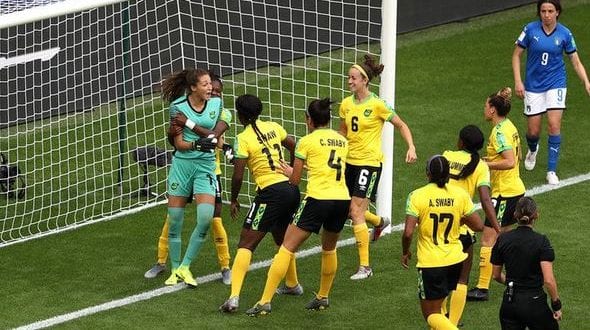 The Reggae Girlz are not far off the same course as the mens team in France back in 1998. With their second lost behind them we can only hope that the girls can win their next match against Colombia which is a weaker team than Italy and Brazil.

With the Reggae Girlz being the lowest ranked team of the competition their lack of quality was evident throughout the 90 minutes of the match. The girls managed to knock the ball about a few times however failed to get the ball forward quick enough to key player Bunny Shaw.

Italy is ranked 6th in the world Women Fifa rankings while Brazil is ranked 10th. Jamaica is ranked at 53rd.

Jamaica currently sits at the bottom of the group with a -5 Goal difference.

Italy and Brazil are expected to advance from group C.

See Jamaica vs Italy highlights below