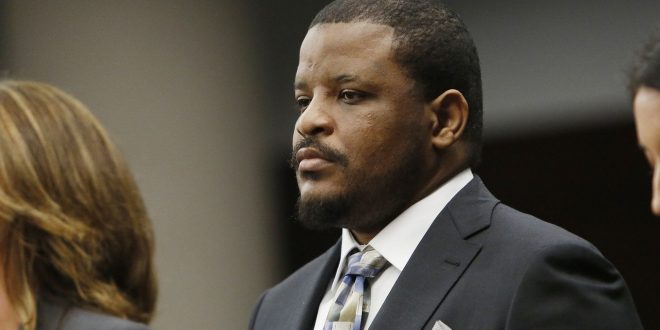 41-year-old Jamaican Granville Ritchie days are numbered after he was handed the death penalty by Hillsborough County Circuit Court Judge Michelle Sisco, it’s also reported that all the jury voted for Granville to be put to death.

Granville Ritchie’s lawyer earlier argued that his client should be spared the death penalty for he does not have a bad criminal history and his violent actions are as a result of his violent childhood in Kingston, Jamaica.

According to tampabay.com 9-year-old Felecia Williams’s dead body was placed in a suitcase and thrown into Tampa Bay. Her body was found five years ago and officials believe she was thrown off the Courtney Campbell Causeway.

In the end, it was found out that Granville had sex with the minor and killed her before hiding and dumping the body.

Court documents revealed that the Jamaican was watching the 9-year-old girl along with another female name Eboni Wiley. Eboni first reported to the police that the little girl ran away however later changing her statement, stating that she went to get weed and when she returned the little girl was missing. She also stated that she asked Granville for the child and he told her that she went to buy sweets at the shop and did not return.

Wiley is currently charged for lying to the police during a missing person investigation, he heads to trial next month.

RELATED: Linstead Lady Killed 2 years after Her Sons were Murdered