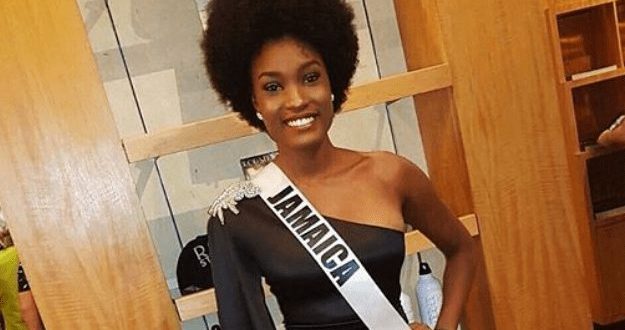 Demi-Leigh Nel-Peters, who recently earned a business management degree, was crowned Miss Universe at the event at The AXIS theater at Planet Hollywood casino-resort on the Las Vegas Strip.

Some Jamaicans, however, felt Davina was robbed of the crown.

Ninety-two women from around the world participated in the decades-old competition. This year’s edition had the most contestants ever, including the first-ever representatives of Cambodia, Laos and Nepal.

Steve Harvey returned as the show’s host despite botching the 2015 Miss Universe crowning. On Sunday, he poked fun at his mistake throughout the night. Three days after people in the U.S. celebrated Thanksgiving, Harvey told the audience he is “grateful for the Oscars,” referring to the best-picture flub at this year’s Academy Awards.