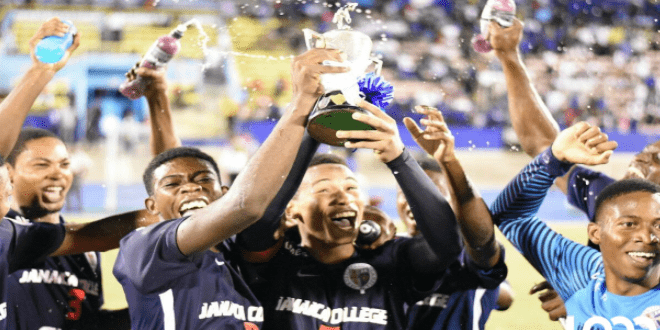 Tyreek McGee scored both goals for JC in the first half to hand his school its fourth Walker Cup title and the first since 2010.

KC’s goal came from the penalty spot in the second half.

Both schools will now turn their attention to the semi-finals of the Manning Cup and the Super Cup.