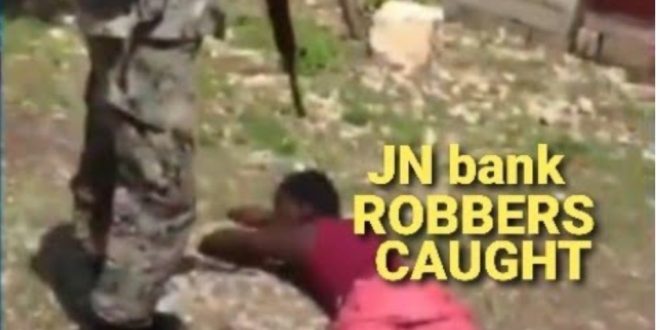 Jamaica News, It was earlier reported that on Tuesday the 28 of July, Gunmen invaded a Jamaica National Bank located in the White House community of Westmoreland. The armed robbers took over 3 million in the midday robbery.

Shortly after the robbery, Jamaica National released several photos of the attackers. The photos showed three individuals masked up while carrying out the bad deed.

A days later one of the alleged robbers were arrested and taken into custody by the police. The man was caught with an illegal firearm.

“A unuh rob the bank yesterday,” asked one soldier while the suspects replied asking “Which bank”.

See the viral video below of the suspected robber, caught by the JDF