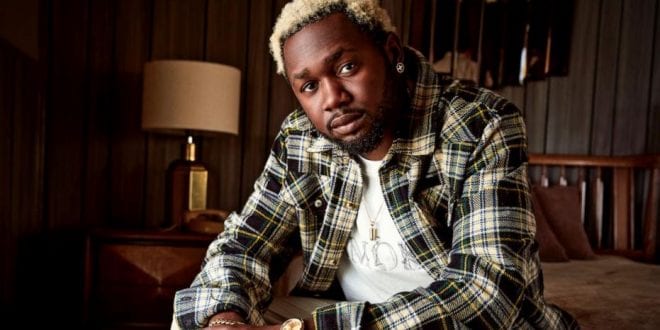 Shortly after releasing “In Charge” earlier this Fall, Dancehall superstar Kranium returns to announce his highly-anticipated new album. Midnight Sparks, the follow up to his 2015 EP Rumors, is due December 6th via Atlantic Records and showcases all the work he’s been putting in the past few years, arriving just in time as the perfect soundtrack for cuffing season and all of its impending late nights.

Midnight Sparks includes previous singles “Talkin” featuring PJ and the aforementioned “In Charge,” which came with a Works of Ace-directed lyric video, alongside a slew of exciting features to be revealed soon. Additionally, Kranium is sharing a rework of Davido’s “Risky.” The self-coined “refix” puts a spin on the original Afrobeat track which features Popcaan, imbuing the song with a sultrier, R&B-tinged groove.

Kranium is a global artist ahead of his time. Since the release of his RIAA Certified GOLD breakout single “Nobody Has To Know” in 2015, the Jamaican-born, New York-based singer continues to pave the way for the future of dancehall.

He has collaborated with some of the biggest artists in Dancehall and Afrobeat music (Mr. Eazi, Wizkid, Alkaline) to some of the world’s most popular artists (Ty Dolla $ign, Ed Sheeran, Lil Kim, Bebe Rexha, Major Lazer) and now his forthcoming project Midnight Sparks is set to further his success and cement his status as a torchbearer of the new legacy of dancehall.