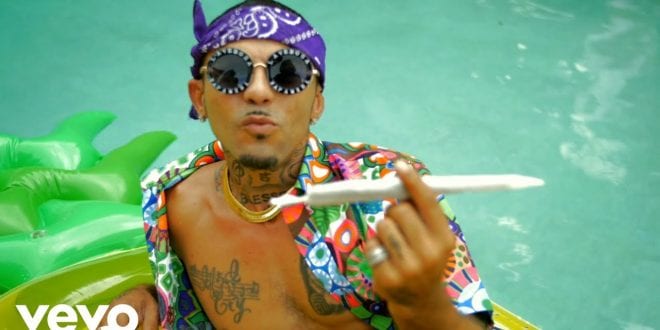 “All mi need a mi weed and mi HENNESSY under palm trees” declares recording artist Kush Gad on his infectious anthem “Weed & Hennessy”. Produced by the artist himself, the track evokes a carefree feeling paired with a catchy chorus. Released last month by 21st Hapilos Digital, the single is paired with a lively, entertaining, sexy video out now on Kush Gad’s VEVO.

Speaking on the single’s inspiration, Kush explained “When I start to feel stress I remind myself that i am living in a small sunny beautiful island, yes life can be hard, yes we work hard, but same way we can feel like Tom Cruise in the movie “Cocktail”, and with some weed and henny all i need is a palm tree, a pool or the ocean and in that moment, life is beautiful as well.”

Born and Raised on the beautiful and sunny island of Jamaica, Michael Williams story and musical Journey was fueled buys ambition to follow his dreams without conforming to society standards.

As an avid music lover spending is childhood between Miami and Kingston, music was an Uncharted Territory for young Michael, and at the age of 10 it was football coach, Renown billboard producer Jeremy Harding that gave him his first Studio experience opportunity to voice and record, the rest as they say is HIStory.

Michael who later adopted the moniker of Kish had, was influenced by an Eclectic range of Music stemming from his parents blaring Chicago, Earth Wind & Fire, to the sounds of Jamaica’s meshing Sanchez and Bounty Killer, and from his own rap formed influence in the streets of Miami by listening to Tupac and Bone Thugs and Harmony. The latter playing a major impact on his style, lyrical flow and delivery.

Kush Gad name derives from his lifestyle and philosophy. “I had a hobby of growing Kush, the legal amount of course. I gave it light, food, water, I felt like a God, I was in control of producing the flower. Kush then became to me more than smoke. Kush is precious like Diamond, it is quality, it has Kingly and Godly tendency, so am I, so became my name”.

Honing his craft with writing and producing, Kush Gad first noteworthy release was produced by renowned ZJ Chrome. The single “Get Hype” on the Smoking Riddim received worldwide airplay and recognition. After releasing his “Weed Be Together 420” EP, Kush Gad kicked off 2019 on the promotional trail of the party anthem “Weed & Hennessy”.