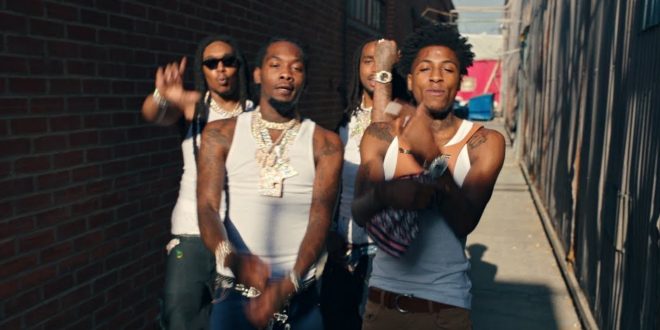 US rap trio Migos drops the official music video for their song titled “Need It” which features YoungBoy Never Broke Again. By all accounts this new collab is expected to be a summer hit, the video posted hours ago has racked up over half a million views.

“Need It” features a sample from 50 Cent’s song titled ‘Get in My Car’, which was released on his second album named “The massacre”.

This was a highly anticipated street track announced months ago however it was pushed back after the group ran into some problems with their label QC. This track “Need It” is aimed to entertain the thugs and gangsters of our society, the song is expected to be featured on the Migos’s upcoming.

SOME LYRICS “i say i need it this drako undefeated”

Watch the flashy visual below.

RELATED: Kodak Black and NBA Youngboy Back and Fort With Each Other On The Net [Video]

RELATED: Migos samples “Get Up, Stand Up” by Bob Marley