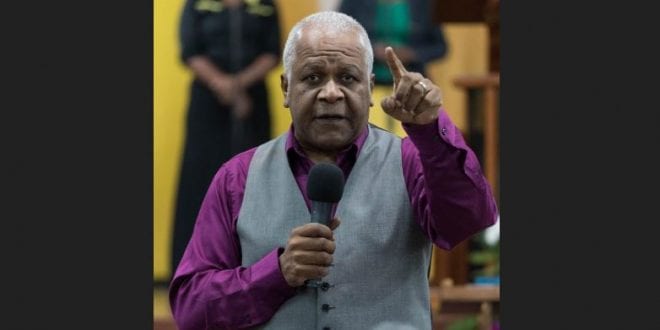 Pastor Al Miller Replies To LGBT Community Having Church Service, Out for Jesus

The Jamaica Forum for Lesbians all Sexuals and Gays (JFLAG) are defending their right to worship, they will be having a worship service at the Knutsford Court Hotel this weekend. Anglin, the spokesperson for the community, said they were seeking to find a space to practice their beliefs and be in the presence of God, regardless of how others see them or think.

The event is a part of Pride Ja celebrations. However, Pastor Al Miller said, “a true relationship with God requires commitment to His word, which includes the abandonment of a homosexual lifestyle. It is good that they acknowledge God and their desire to worship, but you cannot disobey the principles of the word of God in hope to gain God’s blessings and favour because his principles stand”.

The well-known pastor also stated that “Jesus died for us all and anyone who would come to Him in faith, according to the word, will be embraced through His grace and forgiveness. The acknowledgment of God is a positive thing but that must require moving to the next stage of putting faith in God which is only expressed by obedience to His word.”

Miller also spoke about, taking pride in something that is unnatural to the way we were created when we should be celebrating being made in the image and likeness of God and wanting to be more like Jesus Christ.