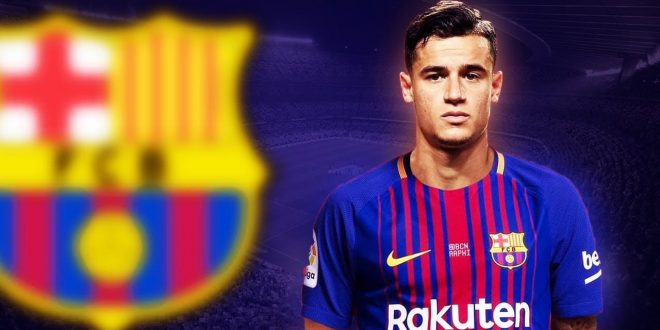 Philippe Coutinho to Barcelona from Liverpool in £142m deal

sharetweetWhatsapp
PinterestRedditStumbleuponTumblr
[Sharingbuttons]Previously Liverpool’s midfielder and now officially the 3rd highest costing player in football’s transfer history Philippe Coutinho seems to finally get what he had desired badly. The 25-year-old Brazilian signed a 5 year contract with Barcelona and will have a buyout clause of 400m euros (£355m).

This money is the most that a British club ever received, the biggest ever paid by a Spanish one – and is the third-highest ever in the world after Neymar’s world record €222m (£197m) move to Paris Saint-Germain and the €180m (£160m) the French club are also paying for Kylian Mbappe.