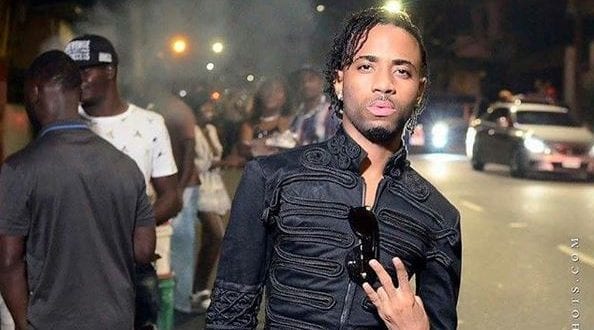 QQ Teams up with Bravo and Black Shadow for “Caribbean Dream”

sharetweetWhatsapp
PinterestRedditStumbleuponTumblr
[Sharingbuttons] QQ is always trying to get persons to accept him as a grown artiste, as he has been in the music business since he was a child. He is now doing more mature music about love and other mature topics. He is working in many places, promoting his music and he is getting a lot of feedback in places like England where there are a lot of dancers now that there is a new trend there. He has even done a song with Dwayne Bravo. It is getting some attention as Bravo is a Cricketer and he has many fans. The song “Caribbean Dream” was produced by Black Shadow Music. Black Shadow with their master-mind producer, Troyton Rami, who brought you Sean Paul’s “Gimme The Light”, Skinny Fabulous “Lights Go Down”, and Alkaline’s latest hit single “Fine Whine”.

In a recent interview QQ said, “I don’t talk a lot, I prefer to look and learn about the music business.”

He also spoke about the new artistes who are just track stars; they don’t do enough rehearsals so they can look like professionals when they perform.

Jamaican artistes seem to be held back because of work ethics, artistes will threaten promoters to get paid when they didn’t spend enough time on stage. This is affecting the Jamaican artistes and the amount of money they make.

Investors could be scared to do business with Jamaican artistes because of their attitude and the bad man behavior. This is bad for upcoming artistes as promoters tend to think all Jamaicans are the same.

QQ is now asking girls to contact him on Instagram as he seeks to invite them to dance or just be a part of his video, so they can earn and get as much exposure and opportunities as possible, because he knows how hard life is in Jamaica.

Produced by: Troyton Rami
Mixed by: Sean Wedderburn and Troyton
Mastered by: Rohan and Troyton