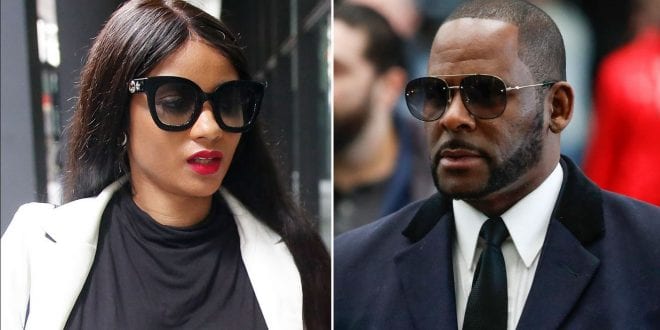 R. Kelly’s girlfriend or alleged sex slave, Joycelyn Savage who lived with him, has made more claims against him recently. In a Patreon post, she said R.Kelly allegedly forced her to do an abortion right there in his home after he impregnated her and that was among a number of abusive incidents that he did to her.

Jocelyn described R. Kelly as a monster and said she was pregnant in 2016 for the Superstar.

She also wrote about a time when he grabbed her and choked her until she blacked out because she called him “babe” instead of “Master” or “Daddy”.

She went on to tell about other incidents when R. Kelly urinated on her and used her as a punching bag.

Her first post on Patreon, described her first meeting with R. Kelly in 2015 and got drawn into the madness.

However, Kelly’s lawyer, Steven Greenberg, suggested that she was only after money and doubted her allegations.