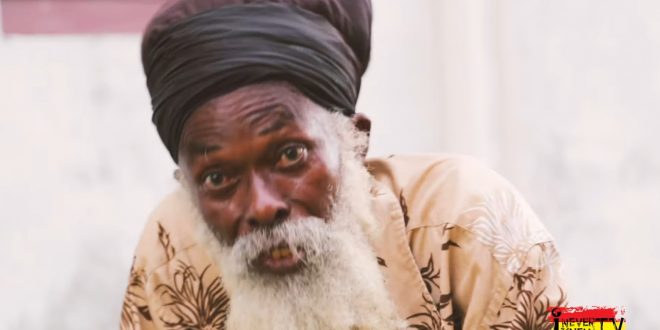 In a video series posted by “I never knew tv” an elder Rastafarian by the name of “Ras Flako” spoke on why he thought Jamaicans are bilingual.

As a first point the elder said that Jamaica is captured land which had gone through the hands of several colonizers ranging from the Spanish to the British.

He then went on to state that because of this it forced the enslaved Africans to learn the language of their conquerors.

He said because of all that history Jamaicans do not speak the complete Queens language of their last colonizers referring to English.

Ras Flako further went on to prove his point by letting “I never knew tv” know that Jamaicans in every parish speak a different form of the patois language.

He also said that the Maroon and the Rastafarian had their specific language as well stating the spiritual language of the maroons to be “Koromante”.

Ras Flako further stated that the people fail to recognize their own cultural background stating that many of the people’s heritage stems from Ghana, Congo with many Jamaicans being Akan.

He went on to explain that the people not knowing their heritage was forced upon them and they still face the same situation today as they have to learn the language of another culture.

Closing off Ras Flako made it known that his way was the way of Rastafari which means that he does not have anything to do with society.

This factor he further explains allows him the freedom to choose any language he sees fit to speak because he does not have to conform to the norm of society that dictates speaking the Queen’s English.