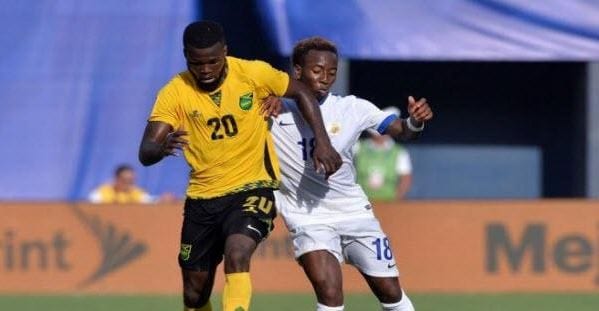 “Jamaica had chance after chance” states one of the commentator, that really somed up the night for Jamaica. The Reggae Boyz only goal of the match came midway the first half via Nicholson who could have had an hat-trick and Jamaica could have been up 5-0 at the end of the first half a Tv analyst states.

Jamaica looked on their way to win the match 1-0 after 90 minutes however was surpise by a kick by Jurien Gaari from outside of the box in the 93rd minute which ended up in the back f Jamaica’s net, deep into stopage time, Curacao also came close to scoring another in the 94th minute when another shot from outside of the box sailed inches away from the post.

This result means that Jamaica will go through to the knock-out stages of the CONCACAF Gold Cup however the Reggae boyz must wait until the second match of the night between Honduras and El Salvador is completed to find out who tops the group.

Notably Bailey nor Orgill did not play any minutes of the night while defender Lowe had to be sub due to an injury picked up in the second half.

The Reggae Boyz had 2 previous consecutive runner-up finishes in the CONCACAF Gold Cup.