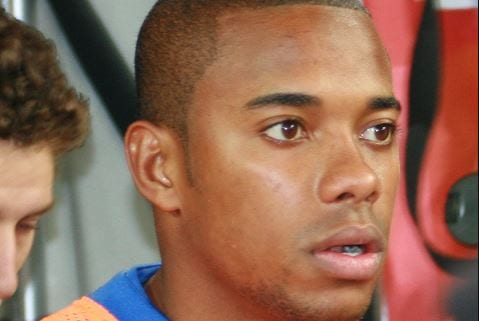 Robinho sentenced to nine years in jail for rape

👁️ 174 VIEWS
sharetweetWhatsapp
PinterestDiggLinkedinRedditStumbleuponTumblr
Share
Brazilian attacking footballer Robson de Souza aka Robinho was recently sentenced to 9years by An Italian court. He was convicted for taking part in a gang rape which involved 5 other brazilian of an Albanian woman in 2013. The Italian court ruled that the former Ac Milan, Real Madrid, Man City player assaulted the 22year old, after drunking her with alcohol.

It’s reported that the whereabouts of Robinho’s five ohter cronies is not known, hence their trial has been put on hold until future notice.

Meanwhile, Robinho pleaded not guilty via his lawyer and did not appear at any of the court hearings.

“We would like to clarify that he has already defended himself against the accusations, affirming that he did not participate in the episode,” said a statement posted on Robinho’s Instagram feed. “All legal measures are being taken.”