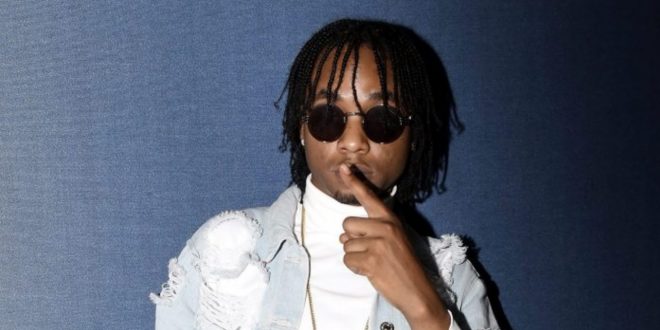 This is Rygin King’s first song since he was shot and hospitalized several weeks ago. Rygin released “Larger Than Life”, yesterday which was a remake to a previously released song. He now follows up with a new song today August 22nd on his birthday.

In “No Emotion” Rygin reflects on his past troubles and battles before getting famous. Rygin King also states that God never gives a man more than what he can bear, he also opens up about feeling a lot of emotions but outlines that he won’t show them “think a likkle bit a time them mek man feel away dawg.. but me cah show that yo mad” states Rygin.

In the new song, One King expresses the fact that he doesn’t trust anybody and he’s “fed-up” of the situation. He also explains that he puts his all in music.

Seemingly done before he was shot and badly injured, Rygin sings about bad things happening in his life which ended up playing out for real. King also outlines that he is no saint hence he is ready for what comes his way.

This line in particular is related to the fatal turn of events that left King in the hospital “A who behind the trigga have the last laugh”, “me see blood splash blood splash but eye wata cah mek life come back” Sings King.

RELATED: This is the latest from Rygin King

RELATED: Rygin King not about to Give up on Music as He Releases “Larger Than Life” Acoustic