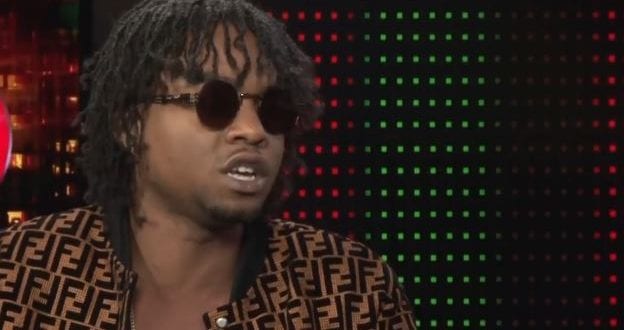 Share
[Sharingbuttons]Rygin King has been busy since he had such a successful performance at Reggae Sumfest, and he is not taking any rest. He has been performing at the other shows as he wants to show people what he has to offer.

He was interviewed after Sumfest and he spoke about how good it feels to be the first artiste to burst down the imaginary door in the music business all by himself. He was not aligned with any big artiste, he had done the ground work and his music was playing on the radio in Mo-Bay so he felt confident that the Reggae Sumfest organizers would call him to perform.

The artiste has a message for all the other young artistes out there who are waiting to get an opportunity like the one he got. He wants them to keep on trying and one day they will get to show the world what they can do.

Rygin King wants to get to the Grammys and all the other major award shows. He plans to keep on setting goals and achieving them one by one. He knows how proud his family and the people from Montego Bay are at this time and he wants to keep up the good work.

He spoke about his encounter with Nuffy also; as he wants persons to stop making a big thing out of a simple matter. He thinks Nuffy was doing his job and he wanted to make sure his fans got what they came for, as he knew they were waiting to see him perform.

His new song “Paranoid” is just coming out now and he says it is just another song about how he feels at this time. He has a joyful, painful and strong spirit and he is glad that he has come with something new for dancehall fans.