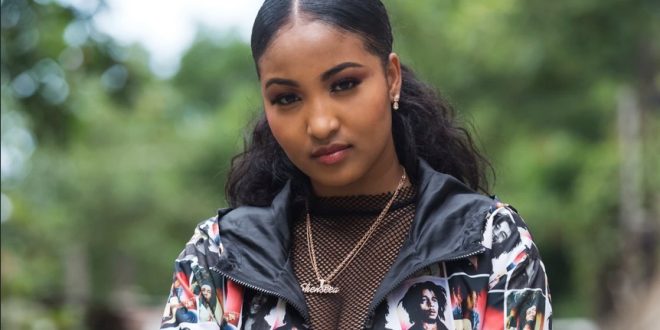 Shenseea took to her social media page in a live video yesterday expressing her grief to her fans by being open to them. The popular female Dancehall artiste explained to her fans that it is really hard for her and that she does not know if she is coping with the situation to the best of her ability. She also mentioned that she did not want close ones to treat her as if her mother has died.

The dancehall artiste mentioned that the reason why her mother passed was due to a stroke she got followed by a heart attack that she didn’t let her know about. Through the time of grief that the artiste has been experiencing, there have been talks of Shenseea Sacrificing her mother for gains.

In commenting on that matter Shenseea made it clear that the people who are spreading that message are sick.

See Shenseea and her mother below.

She also further commented on the usage of Social media as the grounds that give rise to these backlashes however she made it clear that social media is the only place news like that is spread and it is not real life.

The artiste further mentioned that she is only loved in person which is shown by her shows that are often packed. She further let her fans know that her mother was very hardworking and she was just beginning to get a taste of what life is.

She made it clear that she did not grow up with her mother as her mom would do live in Jobs where she was only able to see her only every two weeks and made it clear that if she understood what people that did the job that her mother did go through she probably would not be an artiste today as she would have done her very best she could.

The artiste further told her fans that her mom had passed and God brought her back as a blessing for her to express to her mother that she loved her before taking her final breathe.

Shenseea said in the social media video that she is currently trying to pull through and needs strong people around her. She also explains that her son who was very close to her mother is coping with the loss and he also helps her to deal with the matter better.