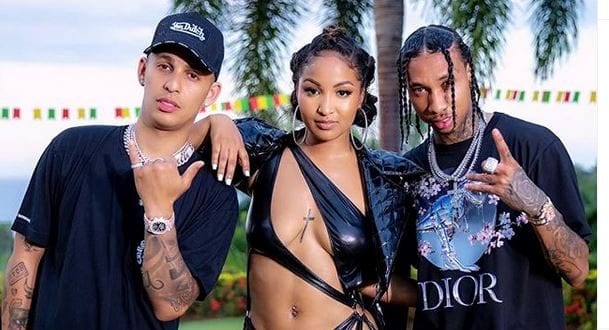 Shenseea Hooks Up With Tyga and Rvssian for New Music Video

Shenseea is up to something again, however not controversial this time around, She’s actually about to release a star studded music video with Tyga and producer Rvssian.

Shenseea makes it clear that the song is her song and asks her fans online when should she release it “”SHENYENGZ which day can I release our new song BLESSED?? ” she asked.

It seems as if the song and the music video will be released one time.

She also post behind the scenes video, with the following caption “On the set of my New song BLESSED videoshoot! @tyga and I got a HIT for y’all 💪🏽🔥🔥 ShenYengz get ready!”.

On the set of my New song BLESSED videoshoot! @tyga and I got a HIT for y’all 💪🏽🔥🔥 ShenYengz get ready!

The music video was shot in Jamaica.

Shenseea explains that she had to miss several shows last month and earlier this month due to a health issue,  READ: Shenseea Forced To Cancel More Shows Over Health Issue 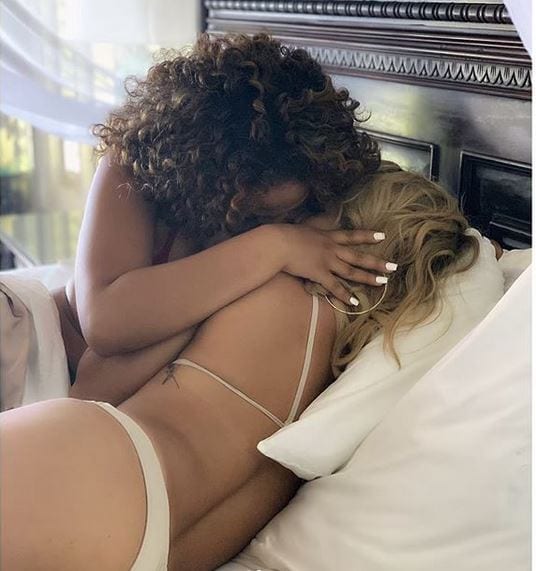 Seemingly Shenseea is kissing the other female in an intimate way, no other female dancehall artiste has ever posted content as such. Maybe it’s a music video, could be a publicity stunt or it could be real, only time will tell.

Last month while performing at Aidonia’s Bday Bash in St. Ann, Shenseea in the middle of her performance stopped the riddim to state the following “mi ladies me is a freaky gal”, “me like when me a have sex and me man strangle me and tie me up like goat… mek all when we inna April me a ballout mayyy”