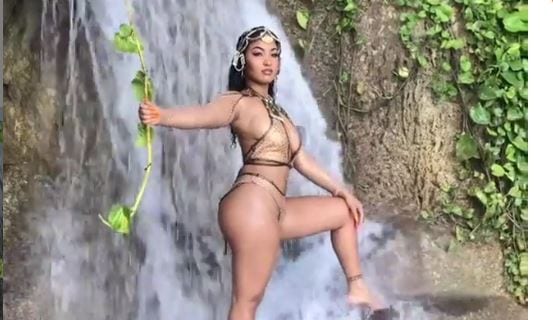 Shenseea has been working hard in the music business recently the young dancehall entertainer has been getting thousands of followers every day as she connects with her fans.
[Sharingbuttons] The Artiste has been touring a lot, she is the number 2 female artiste in the business and she is saying she doesn’t know what is causing the huge support that she is getting.

However, she says even when her songs don’t hit, she still does well and gets a good response to her music from the fans.
She separates her public life from her private life, she doesn’t respond to criticism on Social Media much, even though she responds to her fans, so they know that she understands that we are all humans and this causes her to be at ease whenever she performs on stage.

Game face on 😾 I keep it going, once I got life, I keep it flowing 🌊