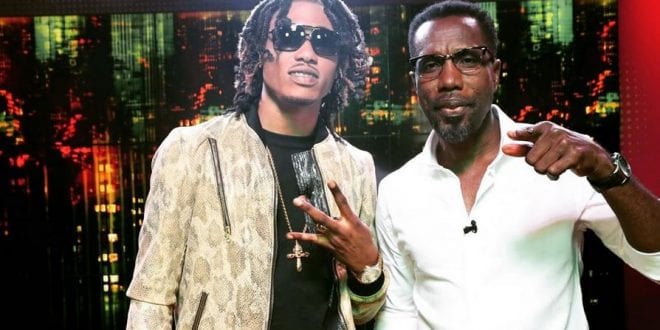 Sikka Rhymes Said This In His Last Interview

During a recent interview Sikka Rhymes, who is said to be the closet protégé to Vybz Kartel, spoke about his new song that was blazing up the place both in Jamaica and abroad. He said it was about a topic that everyone could relate to, which is how fast people are moving from one relationship to the next. No one is trying to hold on to their partners anymore.

He said he and Kartel are family, he is from Trench Town, but he now lives in Portmore.

The young artiste said his career started in 2011 and 2019 has been his best year.

He was grateful that his family supported him a lot, as he has type one diabetes and it can be hard for him to manage it, because he is on the road for long hours and the Insulin has to be kept in the refrigerator, he also eats late sometimes and this is bad for his health.

Javian Chambers aka Sikka Rymes was shot 3 times last Sunday December 1st while on his way home from an event. The shooting took place at 3:45am at a stoplight in the vicinity of the Sovereign Shopping Centre, the entertainer’s vehicle was shot at by unknown assailants the police reported.

One person commented online “Hey hope all is well. Prayers up, hoping for a safe surgery, and a speedy recovery, words can’t express how sad this is Jed…🙏🏽🙏🏽🙏🏽 Thanks for the update, hope the next update is more positive. I’m loving the whole set up with the tv etc… Remain humble, blessings…” while another said, “Watch your surroundings, keep your friends close and your enemies even closer,, prayers going out to Sikka rhymes and his family and friends”.

MC Nuff and fellow Gaza member Shawn Storm went online to share their sad feelings on the matter, Nuffi also stated that he contacted Lisa hyper and she was crying over the situation as she is very close to the deejay.