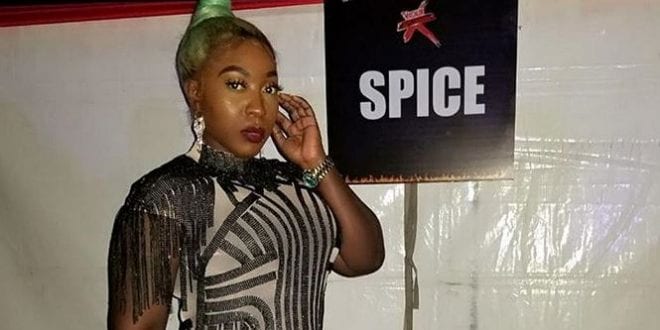 Spice says she recently got a sign from God

sharetweetWhatsapp
PinterestRedditStumbleuponTumblr
[Sharingbuttons]Spice revealed that she flew coach this week and had a good experience when she was motivated by her fans and got a sign from God during a 3 hour flight.

“I flew coach and got some powerful motivational words from my fans and it won’t go dead to me” the Dancehall artiste wrote under a video.

The first class section of the plane was full and she couldn’t afford to wait for another flight.

The Realty TV star and Dancehall Entertainer was told by a fan, that she should keep on soaring, before she looked through the windows of the plane and saw two planes flying beside the plane she was in. “I smiled at God’s work, God is truly amazing. #Hegotme and #Igotthis ” My fans. I LOVE YOU SO MUCH. Spice wrote.

Due to the fact that she is being criticized a lot these days, due to the beef she has with D’ Angel. D’Angel has even released a diss track “Mind Yu Business” The problems started because of a disagreement brought about over the collaboration they both did in 2017 “No Worries”.