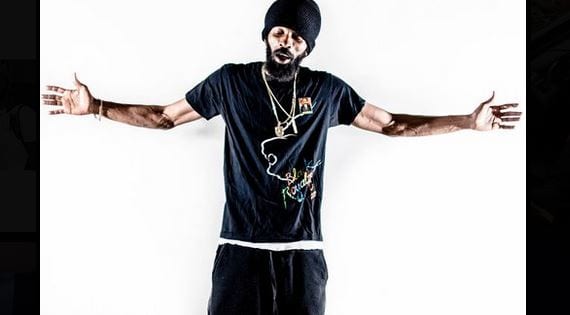 The third single from the forthcoming album Chilliagon (a 1000 sided object), named as such thanks to the multiple influences and the numerous collaborations between Spragga Benz and the very best of the UK scene that inhabit the tracklist, brings high octane energy and assured confidence in this stand out joint. “This session was crisser! It was differ, Toddla T did differ, it easy, it was organic the energy flowed, ideas spark and relatability did jus differ!” says Benz of how the track came to life. Steeped in bass filled reverb topped with a skippy delivery from the man himself, this track is another example of why Benz is a revolutionary and master of his sound and able to bend it to the boundaries of the genre.

Having built a profile that has made him a Dancehall legend, Spragga Benz has helped to pioneer the sound to a worldwide level, going as far as to collaborate with artists as diverse as Ben E King, Wyclef Jean, KRS-One, Foxy Brown, Lil’ Bow Wow and more recently Stephen and Damian Marley, and the latest track bottles this all in to one record to show exactly why he is a cut above and ‘DIFFER’ to the rest.

Premiered at radio by DJ Target on BBC Radio 1Xtra, the track is teamed with a visceral and fun animation from Zeej Sterling (Jamaica’s foremost animator https://www.youtube.com/channel/UCqmIWZmrOjxovIuDjDuYBsw), and produced by the ridiculously talented producer and radio DJ Toddla T, who is at the top of his game, firing out hits recently including the UK Top 40 hit ‘Ay Caramba’ by Fredo, Bugsey and Young T and recently picked up his plaque for his work on Bugzy Malone’s ‘King of the North’ EP. Speaking of this latest collab Toddla T says “I have been such a fan of Spragga’s work for a long time, so to collaborate with him on this project was a dream.”

With ‘Differ’ setting pace for what is set to be a big 2019 for the star, Spragga Benz’ album release also features a stellar feature list including Rodney P, Harry Shotta, Doc Brown, Illaman, Killa P, General Levy, Akala, Tanika and Black Josh along with productions from Zed Bias, Sukh Knight, Flux Pavillion, Hype and Fever, which can only suggest that this array of styles, sounds and deliveries will guarantee that it will just be ‘Differ’ from anything else out there right now.