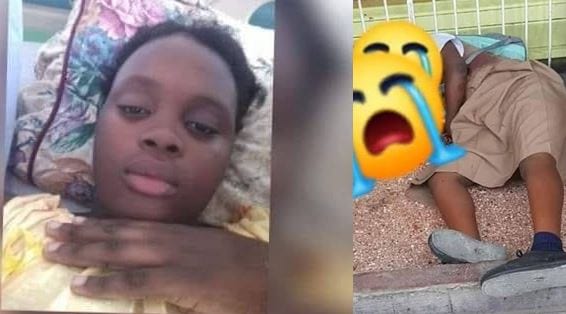 Student Who Got Shot in Head Readmitted in Hospital

The student who was shot in her head by thugs on Waltham Park Road was readmitted after a few weeks, after she was released from the Bustamante Hospital for Children. Her father Delroy, said there was a fluid that was constantly draining from her nostrils and she had to be readmitted so that Doctors could detect the cause of the problem.

The concerned father said, “From she in there the first time, I keep on pointing it out to the doctors that there was fluid running from her nostrils, but they still send her out with medication. We took her back to the clinic at the hospital and I told them about it again. They took a blood sample from her and when we got back the result, they admitted her same time.”

When the student was 11-year-old she was shot twice in her head, once above her right eye and a second time below her left ear, when she was on her way home after she left school.

Delroy is very distressed about his daughter’s condition. He also spoke about the procedure the doctors did to stop the fluid from draining. “They pushed something in her spine, but it nuh work”, and now they might take off her entire head crown as the skull was cracked and there are bullet fragments still in her head. “My little girl is in so much pain, it pain mi heart to see her cry and can’t do anything about it,” he said.

The father who has been doing all he can to save his daughter’s life is now running out of money. He has even borrowed some funds to help with the growing medical bills.

He Spoke about spending over $600,000 on a CT scan, and now she needs another. He said her speech, her hearing and her vision is affected, he had to get glasses for her he is very grateful for the prayers of concerned persons and he is also seeking any assistance.