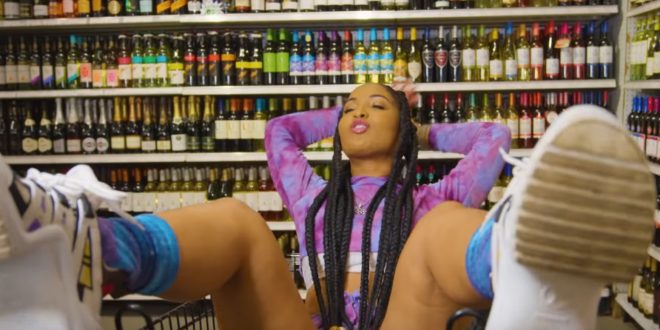 “Sure Sure” Hit For Shenseea And Rvssian

Shenseea has just a few hours ago hit the YouTube trending list with a new track entitled “Sure Sure”.

The track is produced by well known Jamaican producer Rvssian who in the past released many songs for veteran Dancehall artist Vybz Kartel.

The track also features a music video which sees Shenseea who is now known as the “Dancehall Princess” dressed in different exotic outfits singing about her decision to make her night with her male companion.

Amazingly the song has already racked up over a hundred thousand views on YouTube and fans are seemingly loving the vibe it brings.

The music video also shows a lot of creativity as it started from a supermarket where Shenseea was shopping for things to boost her night to scenes of her flirting with a male.

The collaboration between Shenseea and Rvssian is definitely one that will boost the artist’s career as the “Head Concussion” label was signed by Major United states recording company “Interscope”.

It was just recently that she lost her mother and got into a car crash so Shenseaa is also showing that she can handle depression and now emerges with a line of hits to keep her music family entertained and her energy up.

Watch the music video for “Sure Sure” below.