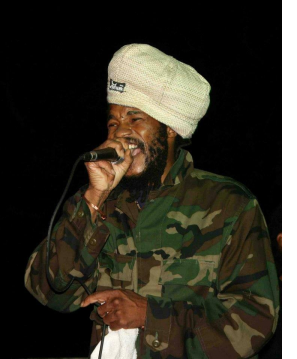 This Docu-album is interspersed with conversations between two friends: Ras Seigo aka Kendall Petersen, a highly respected, wise elder Boss of the village, and Abja.
The conversations are about citizenship and what’s going on with people in the V.I. and their government.
Roots Reggae Artist Abja has toured North America, Africa, South Africa & Hawaii and has graced the stages of Sierra Nevada World Music Festival, One Love One Heart
Festival and more.

Available online at iTunes, & more on 01/17/22
Give thanks for spreading the word & calling local
Reggae radio to request.

Watch the music video for “I Roots” below.