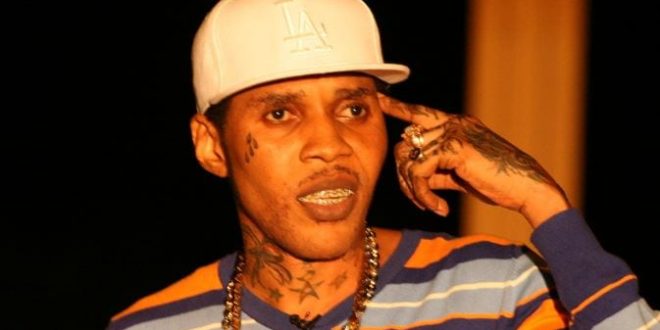 sharetweetWhatsapp
PinterestRedditStumbleuponTumblr
[Sharingbuttons]Jailed dancehall artiste Vybz Kartel clearly is not in the mood of making up with old Foe Stephen Mcgregor aka Di Genius after making a not so nice comment about the producer on his social network page. Vybz kartel who clearly is carrying feelings from old feud he had with Di Genius, which lead to the Genius teaming up with Aidonia and Mavado to style/diss Kartel on multiple songs back in the days.

While Kartel has re-united with enimies such as Bounty Killer, Corey Todd and others the gaza boss his clearly not into getting back on good terms with Di genius. After Stephen previewed an old recorded kartel tune and hinted about releasing it officially, Kartel responds by expressing his true feelings about the situation, Kartel posted “PRODUCER DUDE WE AINT FRIENDS, STOP DROPPIN MI SONGS” for his fans and hopefully Stephen to see.

Meanwhile The appeal trial for incarcerated deejay Vybz Kartel and his co-accused will commence July 9, 2018.