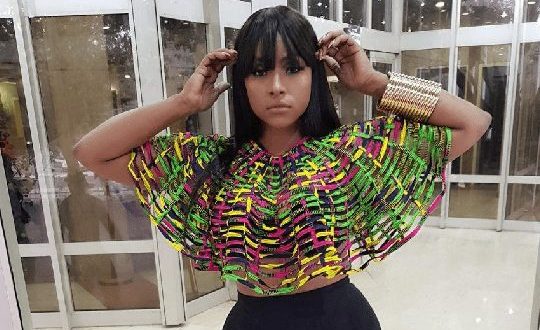 sharetweetWhatsapp
PinterestRedditStumbleuponTumblr
[Sharingbuttons]Yanique Curvy Diva Barrett has officially released another strong single to mark her one year anniversary as a recording artiste.

With the release of this forth recording, the Curvy Diva wants to make it clear that she is here to stay and intends to make a mark internationally as a female dancehall artiste.

“I’ve worked hard in my first year and have seen myself develop as an artiste and song writer working with other strong writers. With the release of this ‘Feelings’ single I’m telling everyone to expect the unexpected and never try to put me in a box,” Curvy Diva explained

The raunchy single ‘Carry Feelings’ talks about men who act out and disrespect women when they are unable to get what they want from them sexually. It is aimed at empowering women to be independent and walk away from any man who does not meet their ‘boyfriend’ criteria.
“Women have a choice and a right to be happy and if the man does not add up then you should be able to minus yourself from that situation without fear or intimidation, men who arent claimable will always remain in the friend zone, ” Curvy Diva added

Yanique is excited about what her second year as a recording artiste has in store and is gearing up to release additional tracks in the upcoming months. She is also set to shoot the visuals with I-Octane for their collaboration ‘Unfair Games’ in a matter of days.

Her Lifestyle Pool Party event, which is her official birthday party, will also have some surprises come April 29 at Constant Spring Golf Club in Kingston.

For all updates and new music follow The Curvy Diva on social media @yaniquecurvydiva.
SOURCE: StreetCred