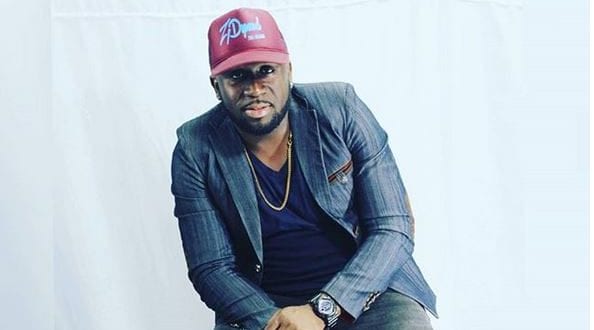 ZJ Dymond has been moving crowds with his love for music over the last fifteen years. He’s a musical sensation, delicately taking his listeners from Dancehall to Reggae to Hip-Hop in smooth transitions. Dymond is one of Zip FM’s Longstanding DJ’s spinning across airways worldwide. Known best for his constant hunger for fresh collaborations and producing under his label Full Chaarge Records. He’s responsible for some of the best cuts from Vybz Kartel, Mavado, Alkaline, Konshens, I-Octane, Demarco, Kevin Little and Shatta Wale. It comes as no shock that his talents have transitioned him from rising hopeful to true icon in a decade flat.

Talk is circulating that ZJ Dymond has been sitting on some new bangers. Two weeks ago he announced his next project Titled “Black Jeans”. The highly anticipated riddim is said to feature Beenie Man, Gage, D’angel & Vershon among others. The Riddim is scheduled to release May 26 2018, a swift rollout that follows up “Partner Draw” by Shane O.

“Partner Draw gained a lot of traction worldwide. The song delivers a positive message of partnership and community effort over an infectious melody. “Every Mickle Mek a Muckle Every Card Haffi shuffle” Shane-O chants over Dymond’s Rhythm. The Dj does an amazing job guiding the sound of the artists he works with.

Often it becomes easy to overlook the fact that Jamaican culture relies so heavily on music. Its youth make up for almost 50% of the population placing DJ’s in a position of great responsibility. Some DJ’s draw back from being an example to youngsters, yet Dymond seems to gravitate toward it. Recently, he joined with The National Council on Drug Abuse’s “Talk Di Truth Tour” working with students and promoting for a Drug Free Jamaica.

Being a goal oriented person who is respected throughout the industry leaves him confident that he’ll continue to leave his mark world wide. With his exceptional skills and networking abilities we are always left wanting more. While fans now await May 26 for “Black Jeans” , they can be assured Dymond is not going anywhere, anytime soon. Given the young DJ’s record, We’d say the sky is the limit for ZJ Dymond.

For bookings or updates on ZJ Dymond follow his instagram @zjdymondfullchaarge, and tune into his radio show on ZIP FM Wednesdays and Thursdays 10pm- 2am.