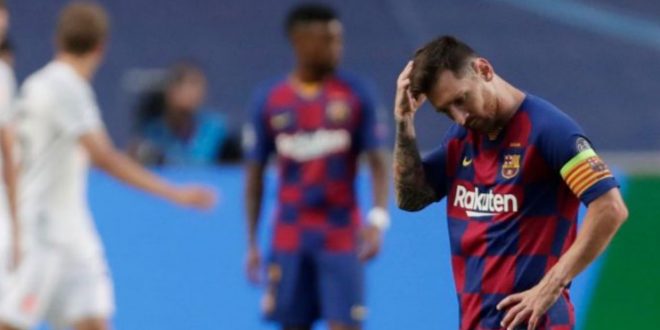 The German champions FC Bayern Munich swept aside FC Barcelona earlier today in the quarter-final of the Champions League. According to the analysts, the Bayern team ran more than FC Barcelona that was lazy on the day.

Bayern took full control of the match since kick-off and Thomas Muller scored their first goal in the first 4 minutes. Barca thought they were back in the match when they leveled up in the 7th minute via an own goal from Davis Alaba however Bayern retake the lead ia Ivan Perisic in the 21st minute and never looked back since.

Both 45 minutes half of the match was won by Bayern 4 goals to 1, See the goal scorers below

“Goals, Goals and more Goals” according to the commentators who covered the entertaining match. Now Bayern Munich is heavy favourites going into the semi-final and final.

See highlights from surprising match below.