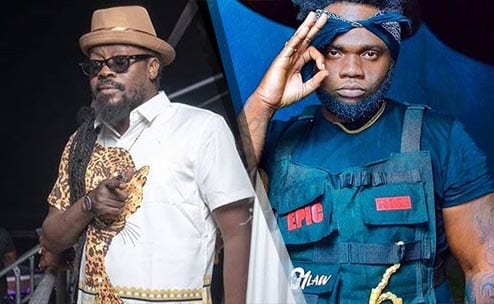 In several video clips posted online veteran dancehaller Beenie Man explains the issue of 6ix not performing at his Summer Sizzle Sow, Beenie Man states that he initially intended for Squash only to be at his show but he was told to involve the whole 6ix “all a di 6ix seh is not one man inna 6ix” hence Beenie opted for the whole 6ix team to perform.
[Sharingbuttons]

After not showing up at the event Chronic Law Released a statement online stating that they were not paid a deposit to turn up and were told that they will get a thing if the show was successful.

In response to Chronic Law’s release, Beenie Man stated “doh damage yo self my lawd.. doh be an idiot”, “know unuh self and understand unu self.. cah me nah beg nuh fren” Beenie Man went on to explain that he don’t do falls promotion and he would not have included 6ix on the show if there was not an agreement. Beenie man went on to explain that the show was nice without the 6ix.

“me nah beg nuh fren … Respect who unuh come see inna the bizniz because we were here before you ” Beenie States. This was the third show for the year that the 6ix team was expected to perform at but did not perform. In the other 2 prior cases, the 6ix team was prevented from performing by the police while on this occasion they opted not to turn up.

See Beenie Man in video below talking his mind on the matter!

Beenie Man message to the 6ix…