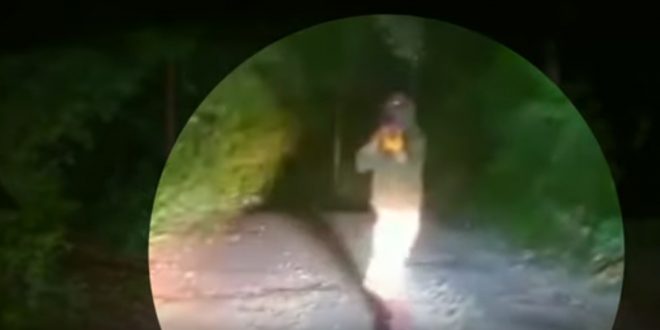 A video has been making rounds on social media has a brave driver manages to escape two armed robbers who walked out on him as he drives along a poorly lit road.

As the driver approached a section of the road which has several potholes we can see one man first steps out into the road wearing a woody and pointing his gun at the driver, as the driver slows down another man appeared from the same area the first appeared from with his gun also raised.

The quick thing driver did not stop and instead pressed gas speeding up the vehicle to get away from the men, as the driver passed the men a gun shot can be heard and the flash can be seen on the dashcam. Learn more from the video below.

RELATED: Man Robbed of $200k right after withdrawing it