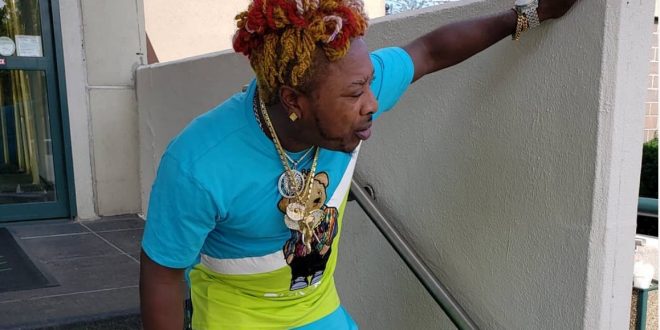 The “log on” artiste appeared previously in court for the issue in September and April however, the matter has not been fully sorted out it seems.

The Deejay was tackled legally because he landed in the country under strict COVID-19 policies and was accused of not putting all the countries he visited on his immigration form at the airport.

In response to the ongoing court case for the artiste properly known as Oneal Bryan, attorney at law, Christopher Townsend has said that his team has requested the video footage of the deejay at the airport which they have not gotten as yet.

The issue that Elephant man’s legal team is having with the process is that the entertainer is claiming the reports and the footage not to be the same.

The video footage according to Townsend, would be ideal for the matter to be sorted out however he states that due to the length of time being taken for the video to be presented it leaves for suspicion to build up.

RELATED: Ricky Trooper Not Holding Back in his Criticism of Elephant Man and Bad Boy Trevor

Elephant Man will need to return to court on the 27th of November for his charge of breaching “section 8 (5) of the immigration act”.

According to the laws relating to the charges that Elephant Man was slapped with, the fine would be an amount of $100.

Months ago the energy god explained that he would not “joke out di thing” especially after he saw what was going on around the world. “when me deh inna di world and me see the evil and wickedness weh a gwaan out deh? Me wouldn’t violate things like this and lie on the papers,” he continued “A tour me a come off of and everybody know, everybody see where me bee.” he told the Jamaica Star.

Amidst this news Elephant Man took to Instagram to post a video of himself and his dogs having fun.