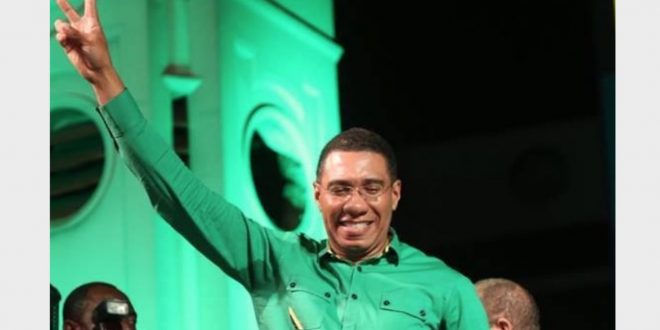 Jamaicans went to the Polls on September 3rd to decide who will be governing Jamaica moving forward and the people have decided that they want to continue with the current government lead by Hon. Andrew Holness.

Preliminary counts show the JLP securing 48 of the 63 seats which resulted in PNP winning only 15 seats.

While giving a victory speech at the JLP headquarters, Holness explained that the “Manifesto that won is the manifesto that was realistic” and according to the leader, Jamaican people are maturing in their outlook of policies to steer the country forward. He also urged PNP supporters to not feel bad about the loss but instead should join the JLP in celebrating Jamaica’s victory.

According to PNP’s Phillip Paulwell, the party was crushed badly in the election because of a known divide that currently plagues the People’s National Party. Paulwell also went on to congratulate the JLP for their victory, however, went on to further blames the low voting numbers due to the COVID-19 outbreak.

Major upset was carried out by multiple JLP newcomers who knocked several PNP condidates off their high seats that they held for years.

The PNP leader Doc. Peter Phillips days ago explained that he will be stepping down if his party loses the Election while many persons feel that the party will be stronger with a younger leader.

As a result of the Election, Jamaica’s COVID-19 cases are expected to skyrocket after thousands of voters were observed not wearing a mask nor following COVID-19 protocals.

Currently Jamaica has seen a total of 29 deaths from the VIRUS while 2296 total cases were recorded.