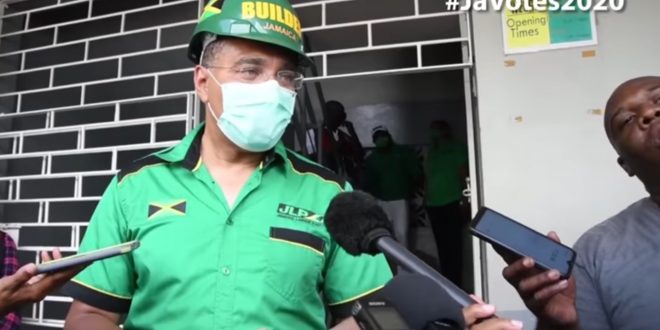 The Prime minister of Jamaica Hon. Andrew Holness did an interview on Nomination Day where he spoke about the upcoming general election which is set for September 3rd, he touched on the debate of dancehall artistes supporting both JLP and PNP.

Holness was asked about using dancehall soundtracks to boost his political campaign. Holness replied stating that he was surprised at the number of dancehall artistes who voice dubs in support of their respective party. “to my surprise we did not commission most of the tracks that are out their.. people volunteered people just put music out and i am happy for that” Says Mr. Holness.

Holness states that over the years the government has put a lot into Jamaican music, dancehall in particular hence now the artistes are more open to supporting politics. The PM went on to explain that this is a sign of the evolution of the country. He states “artistes must be able to express their political opinion without fear”.

One of the PM’s biggest dub is “Mr. Universe” done by Skillibeng, when asked about that song in particular he stated, “i like it”.

“Andrew Holness mi seh dem cah hold yo.. we a win it… JLP to the top” Sings Masicka.