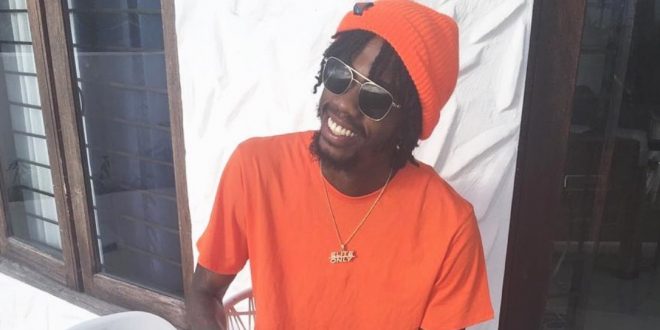 In an opposite move to the direction of Vybz Kartel “The King of Dancehall” and the great “Grung Gad” Bounty Killer, “The man himself”, Alkaline, has contributed his efforts to the ongoing election campaigns.

In a makeover of the hit song, “Formula” Alkaline voiced a dubplate for Jlp candidate Fayval Williams, who is running for the member of parliament position in the St.Andrew Eastern Division.

“The worl boss” and the “5-star general” had earlier stated that the politicians do not support Dancehall music and so there should not be a reason why entertainers involved in the industry should do dubs for them.

Alkaline did not give a listening ear to the veterans as he has now become the newest member of the group of young artists who have done political versions of their songs to help boost Jamaica’s political campaigns.

So far in what citizens are describing as a “Sound Clash”, artists such as Teejay, Shenseea, Jahvillani, Skillibeng, Chris Martin alongside many others have used their talents to make political statements.

While many Jamaicans are disagreeing with the move by the young entertainers, there are still many who sit on the side of the artists such as elder reggae/dancehall singer, Mr. Vegas, who said he supports their efforts to “make a food with their voices”.

Fans are eagerly waiting to see if Vybz Kartel, will make any comments on Alkaline’s move as the “Yung Lawd” in recent years have taken up the baton from Mavado as Kartel’s arch-rival.