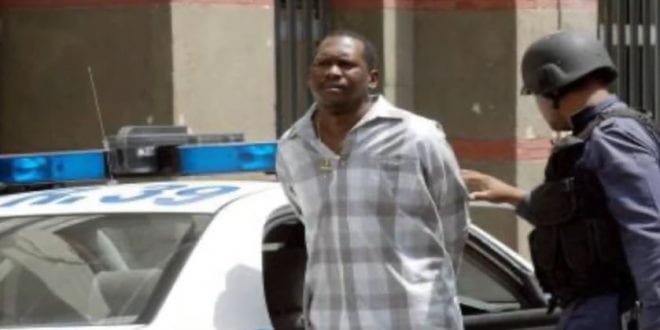 27
SHARES
sharetweetWhatsapp
PinterestRedditStumbleuponTumblr
Check out this a detailed report on a former Jamaica Most Wanted Man Joel Andem. Reportedly involved in 23 murders and now serving a lengthy prison sentence. One person commented “Joel did an interview once & pointed out that the same (law) people who were looking for him were the same (law) people who would let him know when they were coming to hunt him. ” while another said, “Killing was an easy task for him so he shouldn’t tremble when his time came, he leaves a lot of family in heart aches when he has them killed are where killed by his own hands”. See more details in the video below! RELATED: Shottas! A Jamaican Cult Classic Film RELATED: The Life of Marlon ‘Duppy Film’ Perry Jamaica’s Most Wanted RELATED: The Life of Jamaican Gangster Christopher ‘Dog Paw’ Anthony Linton RELATED: X Gun man Talks Dirt on Former PM Portia… Says He Robbed Police Laing’s Coke in Florida [Video] RELATED: TESHA MILLER arrested and charged with ACCESSORY to MURDER RELATED: Joel Andem Documentary : Jamaican Gangster [Video]