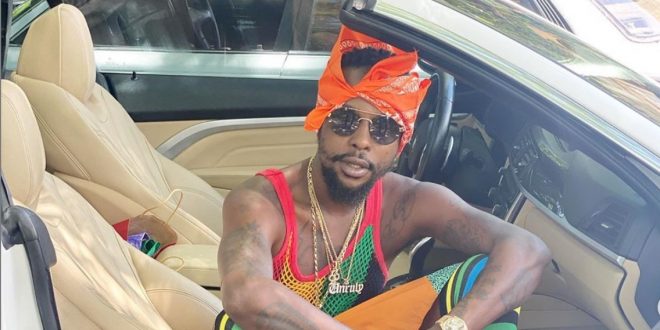 Popcaan insults girl that calls him “Popacaan” and Canadian Rapper

Rapper Chief Keef’s Baby Mama has a show on No Jumper that’s called Thots Next Door! EP. 2 and the guests were as open, straight forward and raw as it gets.

The girls were talking about men they had sex with or got close to, after running through a bunch of names, including NBA young Boy, Chief Keef, 6ix9ine etc, “we done fuck so many rappers” states the host.

They got to Popcaan’s name. Ya’ll wanna talk about Popcaan the host asked and one of the two girls getting interviewed asked “Who the fuck is Popacaan” while another asked if he was a Canadian rapper, all 3 females then agreed that he was associated with drake after which one in particular claims that Popcaan snubbed her a while back when she tried to give some of the goodies.

While the girls spoke about Popcaan for less than a minute on the hour-long show, that part went viral and the Unruly Boss is not pleased with what he heard being said about him.

As a result, Popcaan being Popcaan went online to clear his mind and followed up with some insulting words for the females who talked down on is name.

He also asked his fans to help bash the the girl.