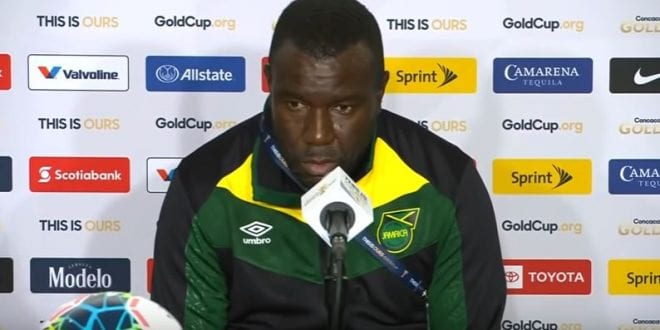 After not sealing top spot guarantee by drawing vs Curaçao 1-1 in the last match, Jamaica still managed to top the group after El Salvador was beaten by Honduras 0-4. This means Jamaica finished with 5 points and Curaçao finished on 4 points the second highest of the group.
[Sharingbuttons]

“Jamaica had chance after chance” states one of the commentators, that really summed up the night for Jamaica. Jamaica looked on their way to win the match 1-0 after 90 minutes however was surprise in the 93rd after Curacao scored via a shot from outside of the box.

“it’s not all about performance, it’s about results” States Head Coach Whitmore who also thinks that both teams played well. The match was played in California.

The match against Panama is scheduled for this Sunday, June 30th, Kick off time 4:30pm.