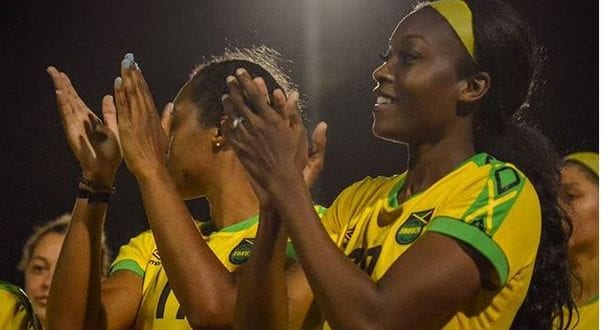 The Jamaica national girls team went down 3-1 to group winner Paraguay earlier today in Lima, Peru. Paraguay opened the scoring after just five minutes into the match and the score was 1-1 at half time. Paraguay managed to score early and late in the second half to seal the win. Chanel Hudson-Marks scored for Jamaica in the 32nd minute.

This was the first time for the Reggae Girlz at the Pan American Games in history. The girlz kicked off their tournament last Sunday, July 28 against tournament favourites Mexico.

This lost saw Jamaica finishing at the bottom of their group with one point. The Reggae Girlz will face host Peru on Tuesday in a 7th place playoff.

This marks the 7th back to back defeat for the girls since losing to Scotland back in May of this year, the girls also lost all 3 games at the Women’s world cup in France last month. The Reggae Girlz made history by becoming the first Caribbean country to qualify for a FIFA Women’s World Cup. 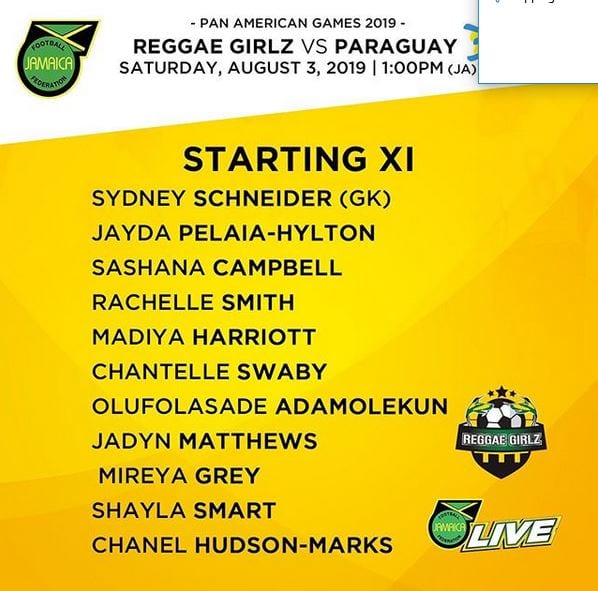 A post shared by Reggae Girlz Foundation (@reggaegirlzfoundation) on Aug 3, 2019 at 3:31pm PDT

The Reggae Girlz’s foreseeable future looks bright after getting major sponsorship from Alacran Foundation and continued support from Bob Marley Foundation head by his daughter Cedella Marley. This move is expected to bring a change in  the way Women football is run in Jamaica, more support for the girls.