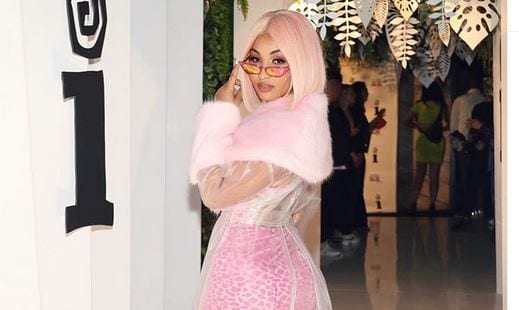 Shenseea dropped a track “Best Life” that was produced by Slyda Di Wizard Music and it was blasted by dancehall fans soon after. The “ShenYeng Anthem” singer sang “Damn right mi love the life mi live because mi HIV negative,” this is the statement that is causing the backlash since Saturday.
[Sharingbuttons]

One fan commented that “the statement could be left out because people who have the virus are still living good lives. Fans think the statement was a low blow.

Another fan said “Shenseea tryin to go international and tryin to shame people HIV status, yeah no that sh*t is not going to work in America” in a comment.

This is a next comment, “whaaaaat? The HIV negative part kinda took me out.”

There were other similar comments about the song as well.

Shenseea’s “Best Life” song is now available on all digital platforms for purchase and streaming, it was distributed by Johnny Wonder.

Shenseea is setting a new record with regards to the fastest moving dancehall tune/video by a female artiste. Shenseea’s new song which features rap star Tyga was released on May 22 and now has over 11million views on youtube. The Flashy music video for “Blessed” was shot in Jamaica.