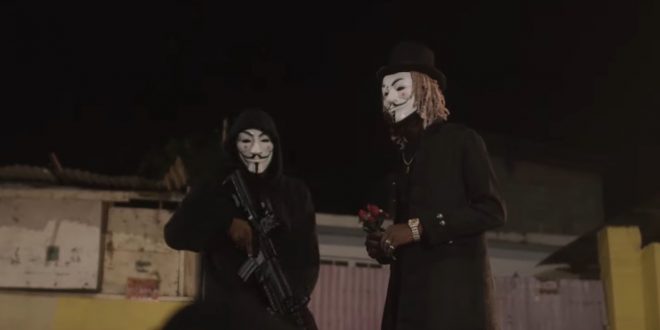 Dancehall star Alkaline releases his most anticipated music video of 2020 which is for his hit song titled “Cree”. In this new visual Alkaline appears to be very deadly and taking lives for fun which is the “vendetta way”.

The track was released back in May and has racked up over 4 million views since then, now this new visual is projected to rack up millions in coming weeks and months. The film shows Alkaline showing up at his enemy’s nine-night with his killers to murder all who showed up in support of the dead.

How ironic, a massacre being committed in the song that’s reportedly dissing fellow dancehall artiste Masicka.

Watch the full visual for “Cree” below.